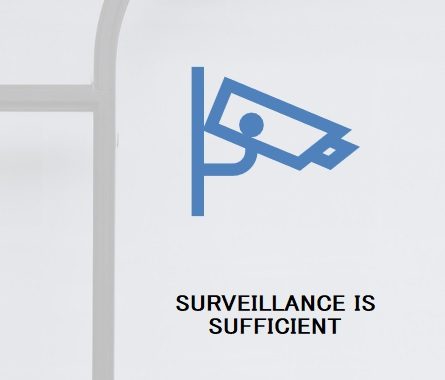 Can you come up with 5 myths surrounding ATM physical security?

Here’s just one to get you started.  And if curiosity gets the best of you, feel free to download our infogram to read about the other 4.

Surely there are more than 5 that we can come up with? Each with a varying degree of cost and impact to the management of an ATM network’s physical security.

Physical security can be interpreted in a number of ways.  Beginning with video surveillance of the branch/ATM premise.  This can be in the form of armed guards, but surely that is a cost that only a few banks would be willing to bare, or it can also be implemented in a one-to-many location scenario.

Regardless of the formula, physical surveillance will only help with trying to capture the culprits after the fact, however, it is unlikely that it can prevent those crimes from happening in the first place. Surveillance cameras may not even be properly equipped or connected to an alarm system.

InfoMAT’s ShockBuster solution is intended to both trigger an alarm once the shutter has been tampered in addition to protecting the safe from any objects such as gas tubes or solid explosives from entering.  The destruction of the heavy duty reinforced steel will take some time to penetrate and hopefully the criminals will be smart enough to walk away from the scene.

ShockBuster can be added onto any ATM with an existing IBNS solution as they complement one another.

So even if one has a super surveillance solution, assuming it is cost effective, it’s always a good practice to apply a layered security approach to cover the majority of the attack vectors being seen today and hopefully prevent against those still yet to come.

Just exactly how much damage can an ATM explosion cause?

In less than 3 minutes you will be reminded of the hard facts why ATM physical security against gas and solid explosive attacks should be taken seriously, but of course you already knew that! The amou…
Read More

RBR’s BSEC 2021 was our first show but certainly not the last.

Since we all agree that one solution is not adequate to prevent ATM gas and solid explosive attacks, why not begin at the beginning. Prevent them from happening in the first place.